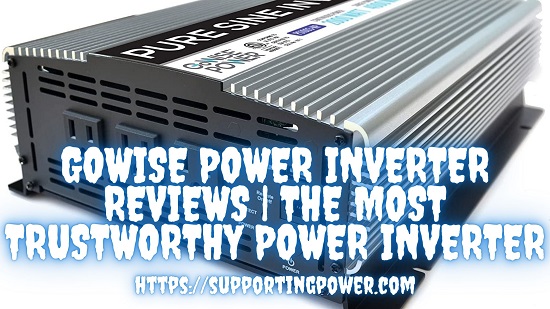 You may know that most heavy-duty electrical devices cannot use a DC connection. And that’s the reason you need a power inverter. A power inverter basically does its job by inverting the direct current (DC) output into alternating current (AC). These inverters are designed to be used in a wide range of applications. They are required in houses, recreational vehicles, marines, emergency backups, portable devices, and solar projects. Whatever application it is, you can always rely on GoWISE inverters. In terms of reliability and capability of handling large amounts of loads, few inverters do as good a job as the GoWISE Power Inverters. You can learn more about these inverters in the GoWISE power inverter reviews. 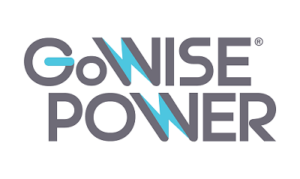 Also known as Power TechON, GoWISE comes with a good range of power inverters with various sizes and designs. GoWISE is a great option for someone who plans to install an above-average pure sine wave inverter. Pure sine wave inverter is the most dependable type of power wave and also is a more efficient choice.

These inverters are also equipped with both black and red starter cables and an ON/OFF remote switch. The remote switch cable is 15 feet long. Each of the GoWISE inverters can efficiently convert 12V DC of battery output to 120V AC. These inverters function at a frequency of 60Hz which helps to maintain a low noise work environment. 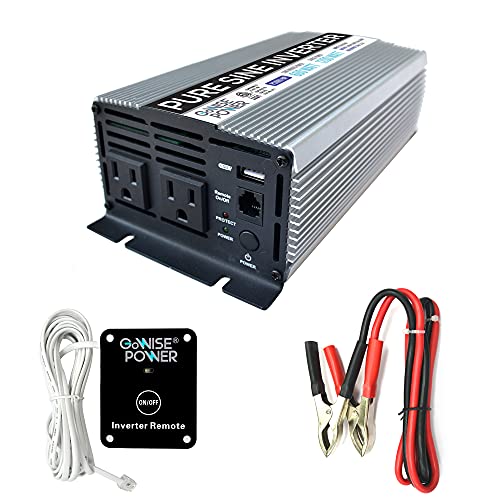 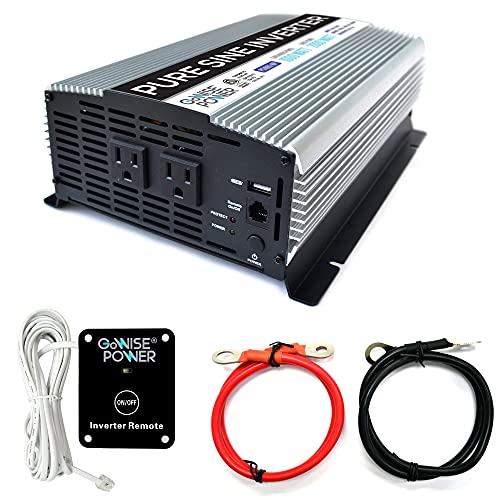 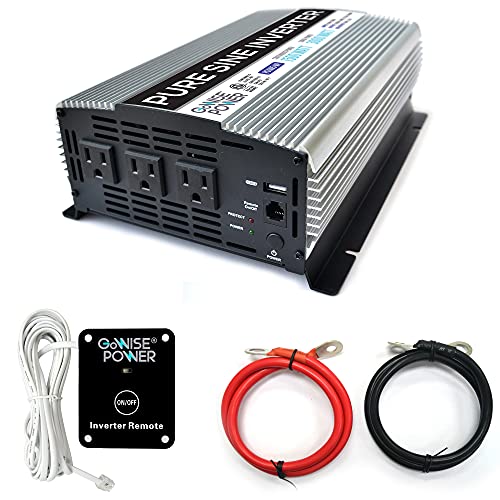 Mainly ideal for cars, vessels, and boats, GoWISE pure sine wave inverters would work equally great on RV’s AC, refrigerator, laptop, microwave, and heater. Furthermore, these inverters are portable and also capable of providing power in worksites and campaign sites. I would say, GoWISE power inverters are the most inexpensive option as backup power to homes in case of power failure emergencies.

Another feature that GoWISE inverters have is they come packed with multiple AC outlets that let you connect more devices directly to your inverter. The GoWISE PS1001 and PS1002 have 2 AC sockets and 1 USB port. The GoWISE Pure Sine Wave PS1003, PS1004, and PS1004 are equipped with 4 outlet sockets (3 AC, 1 USB). Only the GoWISE Pure Sine Wave PS1006 has a total of 2 output sockets with 1 hardware option. The built-in 5V USB port is very convenient when you want to power your mobiles or tablets and other devices that are USB-enabled.

Another feature that makes GoWISE stand out from the crowd is its soft-start and low interface technology. By reducing the starting current, this feature helps the connected devices to startup more smoothly. And the Total Harmonic Distortion (THD) of these inverters is less than 3%

The GoWISE Pure Sine Inverters come with some LED lights. These LED indicators show your inverter’s status at each point of the operation. Some of the advanced models of GoWISE also come with a visual display. This built-in LCD screen shows the system status nicely. Every time any fault condition happens, the system status LCD screen becomes red and shows an error message. Otherwise, the screen shows “SYSTEM NORMAL” while working in normal conditions.

Some of the models like the PS1001, PS1002, etc do not come included with an LCD screen. But you can always purchase an external LCD Display if you want to see the system status on the screen.

Every time the temperature rises above or falls below an acceptable level, the inverter will shut down and auto-restart automatically to protect itself.

If the battery voltage falls below, the inverter will shut down and restart automatically when the voltage rises to 12V +/- 0.5V.

If the battery voltage level has become discharged to 10.5±0.5VDC, there will be an alarm to alert you to disconnect your devices.

When the input voltage rises to over 16±0.5VDC, the inverter will automatically protect itself by shutting down immediately.

In the event of overload, the inverter will go off automatically to prevent overheating and possible damage. But this time, you have to restart your inverter manually.

The unit will protect itself with this feature by shutting down the system in case of any system failure due to a short circuit.

Every power inverter of GoWISE is backed up by a 1-year limited warranty against defects in materials and workmanship. If you find any of their products defective, GoWISE is ready to replace them. 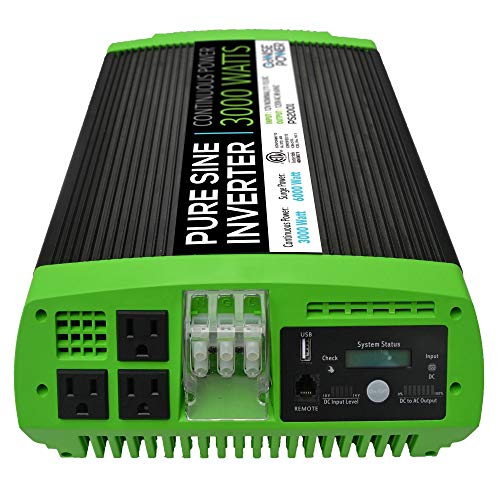 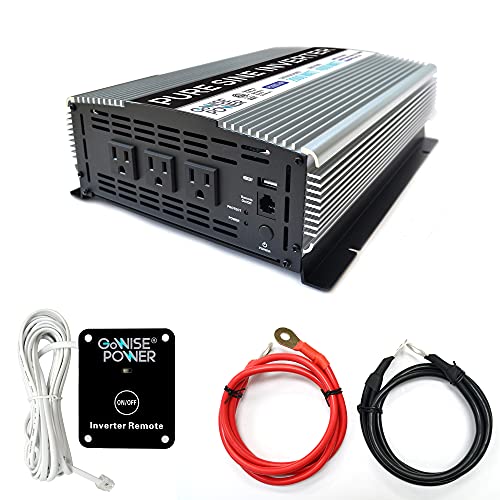 One of the biggest plus points of this brand is, GoWISE manufactures its inverters in a very compact size making it possible to mount in even the tightest spaces. Again, these power inverters are considerably sturdy and have robust construction. You can find a more detailed discussion on every feature and specification of GoWISE Pure Sine Wave Power Inverters above in the GoWISE power inverter review.

Please be aware that every model of GoWISE does not include a hard-wired port. That means, it is not possible to connect the inverter and the circuit box directly. Another downside of these power inverters is the only operating frequency is 60Hz and there is no chance to change the frequency.

GoWISE has always been one of the best inverters that can handle large loads and each and every GoWISE power inverter lives up to its reputation. While on a boat, car, or RV, GoWISE power converters are truly efficient enough to power up your device. I strongly recommend GoWISE to those planning to buy a pure sine wave power inverter at a relatively cheap price. Read the GoWISE power inverters reviews attentively and be more knowledgeable about GoWISE Pure Sine Wave Power Inverters to get the most trustworthy power inverters in the market.

Question: How can I connect two (or more) batteries to an inverter?

Answer: It’s really easy to use multiple batteries in an inverter. You just need to chain batteries in parallel keeping in pace with their output AC voltage which is 120 volts.

Question: Does this inverter autostart after a low voltage shutdown, or does it require a manual restart?

Answer: If the input DC voltage falls below 10V, the inverter will automatically protect itself by shutting down. While the voltage is reducing, a buzzer starts whistling continuously and the LED indicator or LCD monitor turns red. It gives you the chance to turn off the inverter and restart it manually.